Twitter: At the end of the tweet a reply mentions Dylan having a house in New Orleans.

Twitter: Austin Tyler tweeting this while I was watching the movie, Take Me Home Tonight (2011), which played Bette Davis Eyes.

Did you know Bob Dylan wrote a song titled The Death Of @EmmettTill?

My song I Wanna Kiss Bob Dylan is out NOW on all music platforms. The song was inspired by going deep into @bobdylan's music and I fell in love with the tenderness and regret that he often writes about. The vulnerability that love stirs up. https://t.co/WhPKjirFae pic.twitter.com/OoZrqEEWKp

Who was the single most influential person of what we think of as "The Sixties"? Others who would have been included if more than four votes were feasible: Mao, Castro, LBJ.

2. The Existential Dimension to Aging https://t.co/lCsV55xXMY

"I was struck by a line in a song by Dylan, "It's Alright, Ma (I'm Only Bleeding)." It still resonates with me, though its existential impact is much different and much harsher: "He not busy being born is busy dying."

Bob Dylan // "Let me ask you one question: Is your money that good? Will it buy you forgiveness? Do you think that it could? I think you will find, when your death takes its toll, all the money you made will never… https://t.co/U0TrRdNfdb

Did Jack White Write a Song With Bob Dylan? https://t.co/ci30vAU8i8

Article: See All Things Dylan. Audio no longer available for Ball and Biscuit from Consequence of Sound. 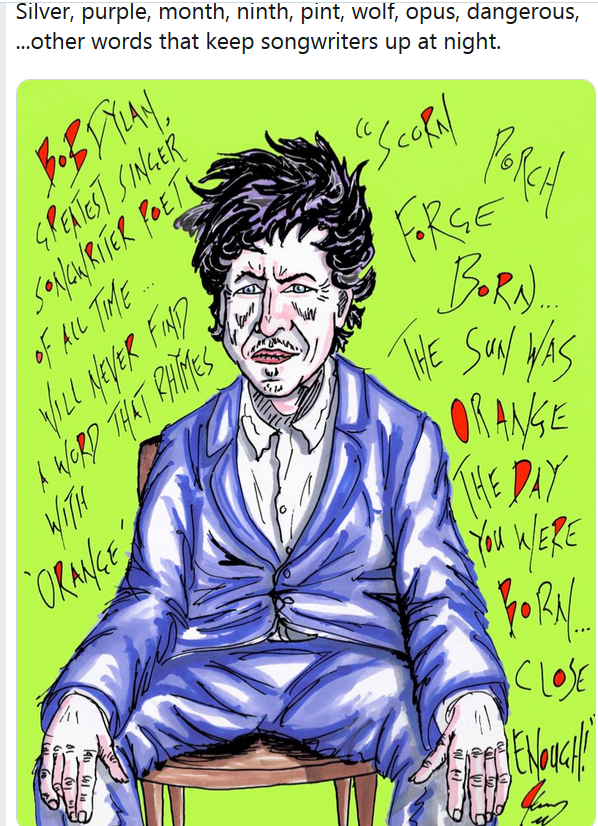 I pet Bob Dylan. He is an 8 year old Corgi who was born on Bob Dylan’s birthday. Bob Dylan is on a diet right now. He barks if you say rabbit, squirrel, or kitty. When Bob Dylan (the singer) won the Nobel Prize, Bob Dylan (the dog) was confused because the TV kept saying his name pic.twitter.com/cj7AjXYSN3

We're calling on readers, authors, agents and publishers to sign this petition, urging the government to give bookshops the same business rate discount as pubs: https://t.co/crFBI4aQ49 pic.twitter.com/gT35zzEnn1

2:09 “Ha ha ha ha. That he or anyone, including Jesus and Bob Dylan, could ever properly tune a busted-ass home made beater guitar like that.”

Françoise Hardy was the epitome of '60s French cool and turned the heads of Bob Dylan, Mick Jagger and Paul McCartney. Her new memoir looks back over a colorful life. https://t.co/XzGonhSdG3

““Bob Dylan refused to go back onstage unless I came to see him immediately,” Françoise Hardy recalled in a recent interview. On the evening of May 24, 1966, Mr. Dylan’s 25th birthday, he was playing his first concert in Paris and wanted nothing more than to see the then 22-year-old French singer, whom he had dedicated a song to but never met. “I went and he agreed to go back on stage,” she said.”

.@GuitarWorld has premiered a live version of “The Groom’s Still Waiting At The Altar” ft. @SantanaCarlos https://t.co/1r64ODvSOJ

Video: Nowness — My Place: Jean-Charles de Castelbajac. Has Dylan Album, The Times They Are A-Changin’ on his table. The album cover has Dylan with a gold beard!

“Rob McVey: I’ve often marvelled at the lyrics of this Dylan song, “The Times They are A-Changin’,” managing to sweep up the atmosphere of a particular time whilst remaining on the periphery. I loved the way Dylan dismantles the established and critical so effortlessly, and it made me feel cool at the same time. I guess in our song I liked the way Sivert was just saying what he was seeing. “21st Century” was the first time I had felt comfortable addressing what was going on out there, just felt right and of the moment.”

“And in the way Bob Dylan took his guitar and harmonica to accompany his rarely repeating ramblings, L.A Salami embraces a similar aesthetic, albeit as a black Englishman instead of a white Minnesotan.”

From Kendall Jenner to Myles O'Neal, these children of celebrities are killing it on the runways pic.twitter.com/U5XXItQKL8

Video: Nowness — My Place: Jean-Charles de Castelbajac. Has Dylan Album, The Times They Are A-Changin’ on his table. The album cover has Dylan with a gold beard! 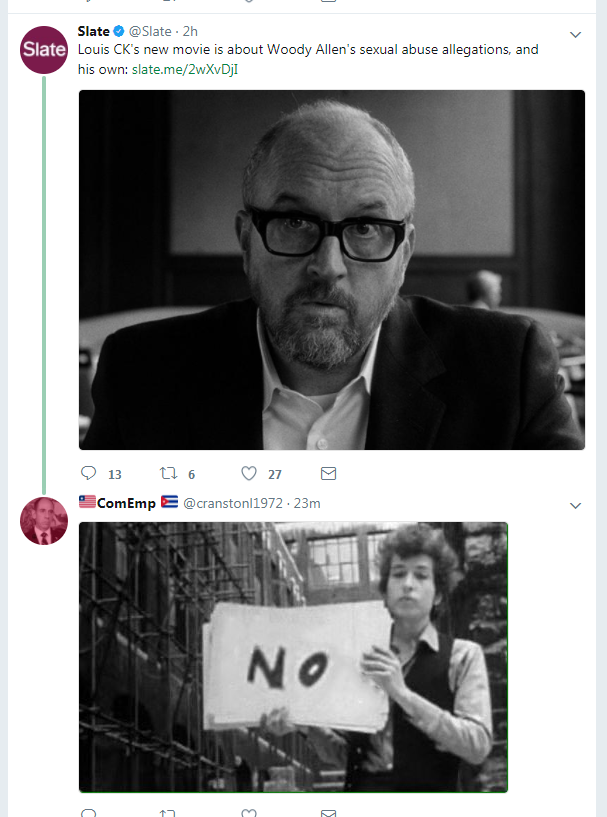 Blog: UpRoxx blog. How To Make ‘The Last Waltz’ Part Of Your Annual Thanksgiving Celebration

“The guest list at this party is truly a mixed bag. There is a wise old man from Mississippi. There is a beautiful blonde poet from the Hollywood hills. There is a jive-talking hipster from New Orleans. There is a coked-up Canadian hippie. There is a portly, purple-suited Irishman who mistakenly believes that he knows karate. And then there’s the Jewish rock star for Minnesota who can’t decide if he really wants to be there.” 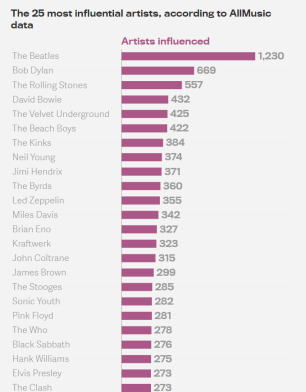 “Matthew Denny, a social network analysis researcher at Penn State University, explains the stylistic pattern behind these numbers: “A high betweenness centrality suggests you were more important in passing on traditions. Also, someone who created their own branch of music would score higher by this metric.””

Podcast: Watch What Crappens— Stephanie Wilder-Taylor says “what is it Bob Dylan?”

YouTube: David Bowie song, I Have Not Been to Oxford Town. 1995.