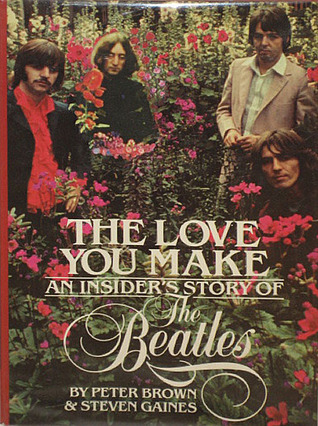 Book: Twilight of the Gods: A Journey to the  End of Classic Rock.

Since the late 1960s, a legendary cadre of artists—including the Rolling Stones, Bob Dylan, Neil Young, Bruce Springsteen, Fleetwood Mac, the Eagles, Black Sabbath, and the Who—has revolutionized popular culture and the sounds of our lives. While their songs still get airtime and some of these bands continue to tour, its idols are leaving the stage permanently. Can classic rock remain relevant as these legends die off, or will this major musical subculture fade away as many have before, Steven Hyden asks.

Book: The True Adventures of the Rolling Stones by Stanley Booth. Not as many Dylan references as I would have liked and maybe a little derogatory. But covers their career from 1965-1980s.

“The Bob Dylan song on the public address system ended, a fraternity-brother voice boomed Welcome and introduced the first act…” on waiting for the Fort Collins, CO concert in the 1970s to start. p.116

“A Hard Day’s Night and Help!, two movies starring the Beatles, and Don’t Look Back, not so much a movie as some film about Bob Dylan, had been released.” May 1965, explaining the pursuit of a Stones documentary. p.177

“Speaking of the Band, the group of musicians brought together by Ronnie Hawkins, the Arkansas Flash, that had been rustled from him by Bob Dylan and had left Dylan to go on their own, Wexler recalled the session he’d produced not long ago with Hawkins in Muscle Shoals.” p.238

“The traditional esthetic of popular songs required that the singer’s life should be made desolate by the departure of his true love, who could make everything all right if only she would return. If such songs as Bob Dylan’s “It Ain’t Me Babe” and the Stones’ “Stupid Girl” and “Under My Thumb” defied that convention, they were not quite the same things as songs about rape and murder.” p.288

Discussing “debutantes” “‘Do you know a lot of the Rolling Stones songs have been written about you?’ She said, ‘Yes, and Bob Dylan’s too, I think about it every time time I hear the line, “with her fog, her amphetamine, and her pearls.'” p.298

“My problem in writing the story was expressed in a Bob Dylan song: ‘if you can’t bring some good news, don’t bring any.’ (Wicked Messenger: “If ye cannot bring good news, then don’t bring any”) What good news did I have to bring? Day and night for years I sought the answer to that question.” p.388

Book: Dirty Blvd: The Life and Music of Lou Reed, by Aiden Levy. Quotes about Dylan, about six mentions.

Book: The Love You Make: An Insider’s Story of the Beatles, by Peter Brown ad Steven Gaines. (1983) Made famous the quote:

“On August 28 (1964) a small but auspicious event occurred at the Delmonico Hotel in New York that would grow to affect the consciousness of the world: Bob Dylan turned the Beatles on to marijuana for the first them in their lives.” p. 148

Freaky that I would find this book in my work library on Aug 29, 54 years later!

Book: The Ground Beneath Her Feet, by Salman Rushdie

Tom Wolfe describing hanging out with Kesey and the psychedelic trip:

“From out the black hole of the garage comes the sound of a record by Bob Dylan with his raunchy harmonica and Ernest Tubb voice raunching and rheuming in the old jacket-legged chants—” p.12

“Bob Dylan’s voice is raunching and rheuming and people are moving around, and babies are crying.” p.13

Hells’ Angels arrival and “Dylan’s voice is raunching and rheuming in the old jack-legged chants in huge volume from out the speakers up in the redwood tops up on the dirt cliff across the highway—He-e-e-ey Mis-ter Tam-bou-rine Man—as part of Sandy Lehmann-Haupt’s Non-Station KLSD program…and winding up, and the locomotive sound got louder and louder until you couldn’t hear yourself talk any more or Bob Dylan rheumy and–thraaaaaaagggghhh–here they come around the lest curve, the Hell’s Angels, with the bikes, the beards, the long hair;” p.171

Pranksters paint up the bus for the anti-war rally.  “Bob Dylan and the Beatles and Joan Baez and Roland Kirk and Mississippi John Hunt were droning and clattering over the big speakers from over the way atop the dirt cliff. Then Allen Ginsberg turned up from Big Sur, with his companion Peter Orlovsky and an entourage of pale Chester A. Arthur High School hindus.” p.218

“…bearing the fingerprints of memory. I had no room for Elvis or Dylan, Faulkner or Twain, and while I could replace them my spirit was still heavy…”

“Rather than idolizing an uncle, they idolize Bob Dylan or Donovan or whomever else the peer groups holds up for a life style model.”

They ranged from Che Guevara to William Buckley, from Bob Dylan and Joan Baez to Robert Kennedy. “The American youth bag,” wrote [John] Speicher, lapsing into hippie jargon, “is overcrowded with heroes.”

Book: You are Not a Gadget by Jaron Lanier.

“Would we have had a Mark Twain or a Bob Dylan if the Facebook dopplegangers of Samuel Clemens and Robert Zimmerman dogged them at every step?”

Duluth; girderwork along the waterfront, and the shack-covered hills and the tall chimneys and the huddle of hunch-shouldered grain elevators under the smoke from the mills scrolled out dark against a huge salmon-colored sunset. p. 51

He was one of the great blues guitarists and shaped the blues and folk revivals. Bob Dylan called him “one of the wizards of modern music.” This influential, but underappreciated, musician is the subject of our free e-book, Say No to the Devil: The Life and Musical Genius of Rev. Gary Davis by Ian Zack. Also see a list of the students of Rev. Gary Davis, with many links to his and their recordings.
“Bob Dylan, who rubbed elbows with Davis in Greenwich Village in the early sixties and recorded a number of his songs, considered him “one of the wizards of modern music.” Intro. p.

“Lennon. Dylan. Jagger. Belushi. Leibovitz. The story of Jann Wenner, Rolling Stone’s founder, editor, and publisher, is an insider’s trip through the backstages of storied concert venues, rock-star hotel rooms, and the political ups and downs of the latter half of the Twentieth Century, right up through the digital age: connecting the counterculture of Haight Ashbury to the “straight world.”” Goodreads summary.

Article: Wenner is not happy with it. The DailyBeast

Book: Shaky Ground: The ’60s and Its Aftershocks

“San Francisco’s 1965 transformation from the home of folk to the home of acid rock happened just as dramatically. Acid hit, Bob Dylan went electric at the Newport Folk Festival and British Rockers kept pushing the envelope…”

“Like everyone else, Bob Dylan was mesmerized by the Brits. By 1966 he was claiming folk had just been a “substitute” for rock….The English had changed all that, he said, by revitalizing rock music. Dylan had loved the Animals’ 1964 rock version of “House of the Rising Sun…”

“American prosperity, acid, the British Invasion, and Dylan’s plugging in were the catalysts that sparked the hippie revolution, and San Francisco was uniquely poised to respond to the shift.” p. 24-27

“They had excellent taste, excellent clothes, excellent English, and they were no more eccentric than, say, Bob Dylan, or any other sometime local resident.” p. 12-13

“My parents didn’t have the doomed heroism of properly Operatic-Realist leads; nor did our other neighbors. (Bob Dylan was long gone.)” p. 28

“I was the one who dug in this dirt for longest, seeing myself, almost, as a latter-day A.J. Weberman–Weberman the soi-disant Village “garbologer” of the 1970s, who rooted around in Bob Dylan’s trash to discover the secret meanings of his lyrics and the details of his private life, and although I never went that far, I thought about it…” p. 36

“That night he (son Petya) talked and drank without stopping, and all of us who were there could carry fragments of that talk in our memories for the rest of our lives. What crazy, extraordinary talk it was! No limits to the subjects…;the hysterics of Bob Dylan (he recited the whole of “Sad-Eyed Lady of the Lowlands,” as reverently as if it were a composition piece to “La Belle Dame sans Merci”);

“Even on her earliest, overly demure albums, she’d taken Bob Dylan’s cue that pop songs could say anything (she often named “Positively Fourth Street” as her bat signal) and was using it to dismantle the pedestal she was placed on: The ingenue was gazing back and seeing through her watchers, keeping charts of power plays in a fine calligraphic hand. The girl all the pop songs were about was stepping up to tell them what they got wrong.”

“In 1971, Blue (which includes “A Case of You,” a song about Cohen, as it happens) kicked off a six- or seven-album streak that stands beside Stevie Wonder’s of the same time or Dylan’s mid-’60s run.”

“While shelves buckle with Beatles and Dylan studies, and Young and Cohen have gotten solid book-length treatments, the few books on Mitchell have been limited, either too hagiographic or subsuming her under second-wave feminism or California lifestyle-ism.”

“One problem for writers may be that unlike the work of Dylan or the Beatles, which was full of disguise and mystique and offered critics a surfeit to speculate about, Mitchell’s art was staked on a radical honesty, no matter how enhanced by metaphor.”

“Rock and roll, and archetypal symbolism? Citing baby-boomer favorites including Bob Dylan, Bob Marley, the Beatles and other Rock greats, the author shows that they have drawn on the same primal source from which mythology, dreams, and poetic insight arise. Does today’s music of the masses deserve a place in the pantheon of traditional art forms, next to classical music…” — From GoodReads.com

Book: The One Thing by Gary Keller book mentions Dylan. 2013.